Sparking breakthroughs in radiation protection for spacecraft, aviation and accelerators 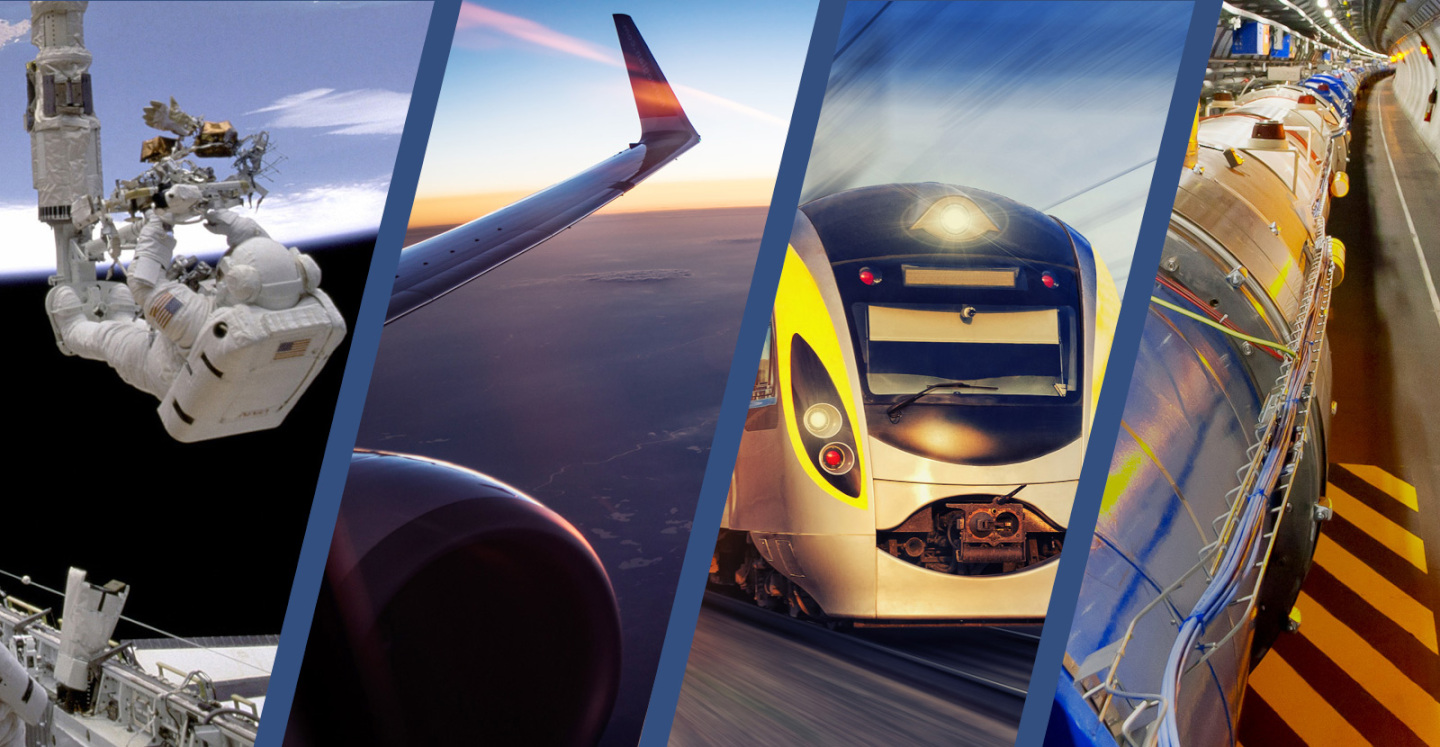 Electronics on spacecraft, aircraft, accelerators and ground transportation were targeted by the EU-funded project (Image: RADSAGA)

With the proliferation of space missions around the globe and technological leaps allowing the development of ever more sophisticated components, there is good reason to be excited about humanity’s next steps into the unknown. However, many systems relying on complex and fragile electronics – be they in space or underground, like CERN’s accelerators – have to contend with a very specific Achilles heel: radiation damage. Damage from high-energy radiation is, notably, one of the main engineering challenges encountered when developing equipment for the High-Luminosity LHC. That’s why CERN and the European Union teamed up for the RADSAGA project (RADiation and Reliability Challenges for Electronics used in Space, Aviation, Ground and Accelerators), which has brought laboratories, radiation test facilities, universities and industry together around the issue of radiation protection for electronics. As the project reaches its end after more than four fruitful years, the time has come to take stock.

Spacecraft and accelerators share a common denominator: the harsh radiation environment to which their hardware is exposed, featuring either cosmic rays or secondary particles released from collisions. But fragile electronics on Earth can also suffer from the radiation that abounds on its surface. Consequently, RADSAGA’s young early-stage researchers focused on improving the radiation hardness of spacecraft, aviation and accelerator components, and of communication and transportation equipment on Earth. Their research was guided by the need to conduct systematic radiation hardness tests on commercially available, off-the-shelf components that are increasingly used in the space industry, as well as the need to adopt a new testing approach, focusing on systems and sub-systems instead of individual components. To achieve their goal, the RADSAGA teams made the most of the many radiation facilities scattered across Europe, including CERN’s.

The essential first step in this endeavour was to carry out a thorough review and characterisation of the particle beams used to qualify commercially available electronic components. Indeed, a deep understanding of the relevant parameters (particle flux, energy spectra, beam size, etc.) of the beams offered by the test facilities allows industry to make informed decisions about which facility to use to test a specific component. In parallel, the RADSAGA experts pursued the development of state-of-the-art electronic components of strategic importance and with a tolerance to radiation that is orders of magnitude higher than what can be found on the market. This was successfully achieved with, for instance, the CMOS sensor, an image sensor that serves as the “electronic eye” of many devices.

Equally crucial were studies conducted of the system tests that are used to gauge the radiation hardness of whole devices as opposed to individual component characterisations, which are the current norm despite being more costly. Shifting test practices in industry from component-level qualifications to system tests could result in economies of scale and greater time efficiency. Finally, the RADSAGA experts developed guidelines for radiation testing and verification of radiation-tolerant space equipment and small satellites based on commercial electronics. The guidelines, which are intended to serve as a basis for a new European radiation testing standard for systems, are already a key reference for engineers across Europe.

The RADSAGA project’s many findings on the issue of radiation effects on electronics have equipped the European industry and laboratories like CERN with a solid base upon which to build their own radiation protection strategies. But the story doesn’t end there: the success of RADSAGA has sparked the creation of two more EU-financed projects: RADMEP (the European Joint Master in Radiation and its Effects on Microelectronics and Photonics Technologies) and RADNEXT (a project offering transnational access to a large network of radiation facilities).

While RADMEP and RADNEXT are still in the kick-off phase, you are warmly invited to browse the many scientific papers published by RADSAGA.