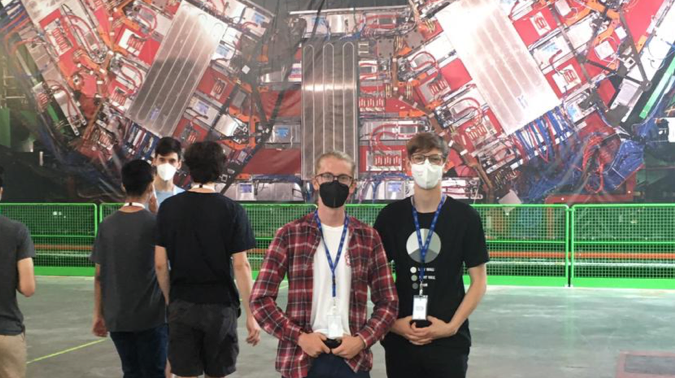 In September 2021, the 32nd edition of the European Union Contest for Young Scientists (EUCYS) held in Salamanca, Spain assembled 158 promising young scientists aged 14 to 20, coming from 34 countries. EIROforum organisations awards a limited number of Special Donated Prizes to contestants who, according to the EUCYS Jury, would benefit from the specific experience that these prizes offer. CERN awards a one-week visit to the Laboratory and its experiences.

In June 2022, CERN welcomed two young German students, Leo Neff and Leonard Münchenbach, for a rich programme of visits to detectors, experiments, facilities and CERN’s S’cool LAB. Meetings with engineers, physicists, guides and computer scientists were a great opportunity for them to build network for their future careers.

Their project on “Physical description and modelling of paper strip flights” consists of using a formula to precisely calculate the phenomenon of the speed of the paper strips of a certain shape and size rotate when they fall. They constructed a frame and used slow-motion camera and computer software to investigate a wide variety of stripe shapes.

Both students, after their visit, are considering coming back to CERN to follow their scientific career.